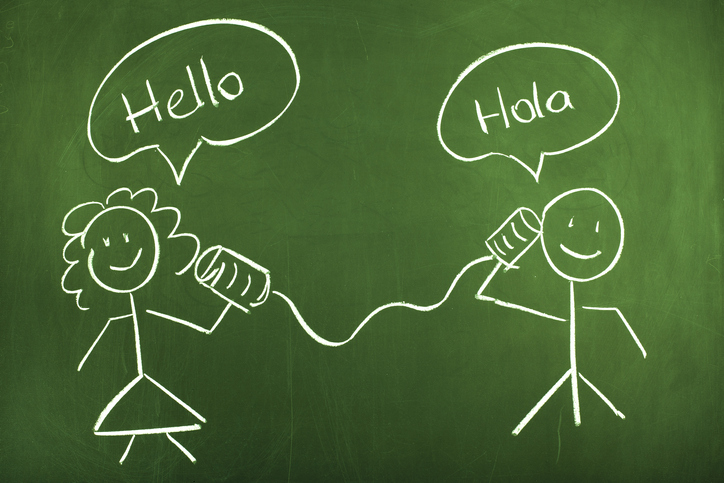 Intercultural marriages and the relocation of whole families are typical scenarios that require bilingual parenting. The experience of many confirms it is neither a burden for the child nor an unsurpassable challenge for the parents. On the contrary: it is a special gift with lifelong positive effects.

Defining bilingualism is an ongoing debate; however, for most people, it simply means the ability to speak and understand two languages that derives from a bilingual upbringing and results in native-level language skills. But the exact level depends on the scenario the language learning process: through individual development, family, society, education or a professional career. That implies that one cannot only become bilingual as a child but many times also as an adult.

Due to the increasingly globalized nature of our world, the perception of bilingualism has shifted from a major challenge to a positive property. As it turned out, bilinguals not only possess linguistic skills but also the means to navigate or even bridge two worlds cognitively and culturally. There is research supporting the idea that bilingual kids develop valuable cognitive functions, such as inhibition or longer attention span. Meanwhile, it has also become clear that bilingual upbringing does no harm to children (in fact, their brain is up for such a challenge). The slight disadvantage bilinguals might have is that their vocabulary is a bit weaker than that of monolinguals, and that they might spend more time looking for words when speaking than others.

For the above reasons and sometimes even accidentally, parents around the world are raising bilingual children or want to do so. And they also want to make it right: to have the child learn both languages with equal passion and to an equal level. But how?

Regardless of whether it’s one parent speaking the minority language or two, the following is general advice that benefits the language learning process for their children:

Everyone should speak their native language

In such an emotionally loaded process as parenting, parents sticking to their native languages will be the most authentic and their children will be able to learn the right grammar structures, a great variety of expressions and cultural clues. However, certain situations might require that you speak the other language, and that’s no tragedy, either.

When learning languages, kids quickly make the distinction between the two and know in what language to use with whom. Navigating the different codes doesn’t confuse them but your inconsistency does. If you’re English, speak English with them at all times. Don’t be discouraged if they reply in your spouse’s language, sometimes it’s just a phase that will pass.

Read and make them read

Books are your support, your backup plan, your best investment in bilingualism. You can bond over books with your child, you can let them explore the written form of the language, and you can give them something fun that doesn’t look like study material.

Bilingual parenting is, after all, parenting, and as such, it requires the adults to trust themselves and their children and be patient. You will need both to make it a journey worthwhile for all of your family. 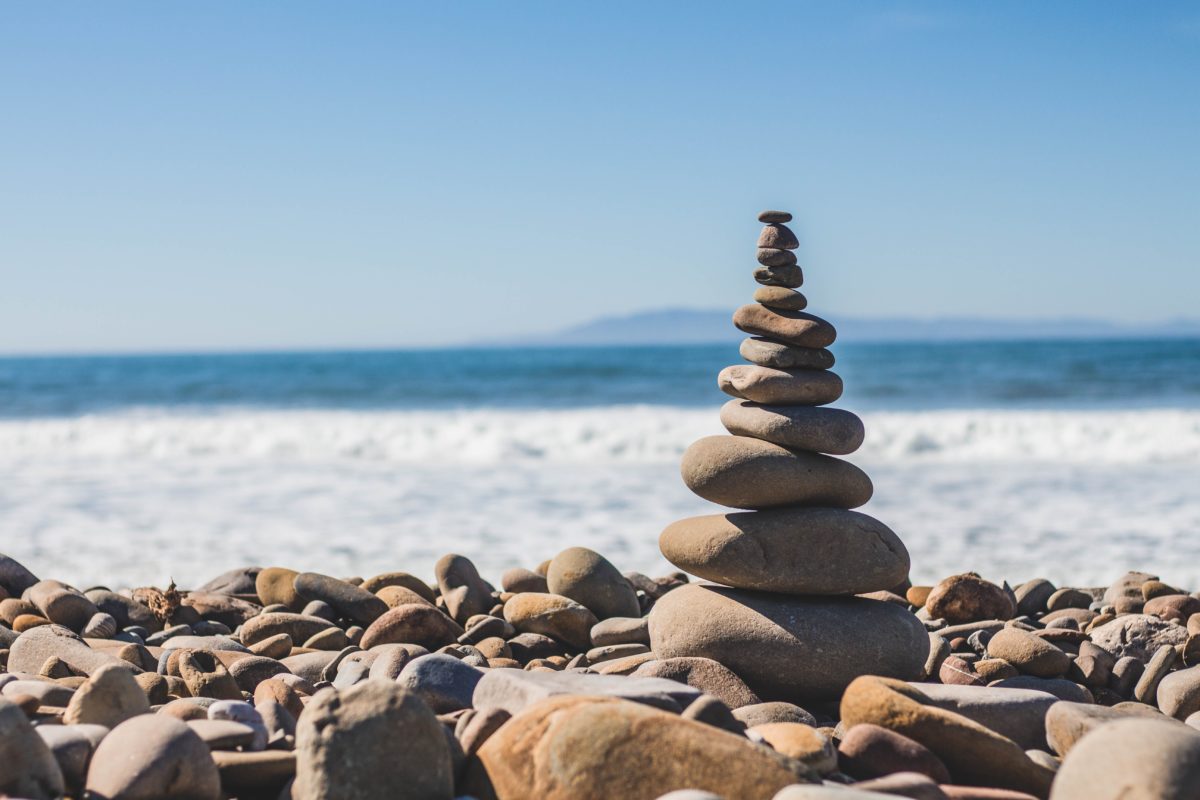 In our ever-demanding work culture, sometimes we overlook the most important element of our work environment: ourselves. Work-related stress is among the most crucial factors that put pressure on our mental health, and while the signs and symptoms are neglected, its effects on our mental and physical wellbeing, as well as our performance at the workplace, are clear-cut. As May is Mental Health Awareness Month, we look at the most significant signs of a disrupted work-life balance, and how the situation can be improved.

Lack of satisfaction with your work – that is, burnout – is the most striking symptom of a work-life imbalance. Pressure, stress and continuous overtime can lead to depression and anxiety and the more we work, the more this overloads our thoughts. An enormous workload can lead to neglect of our personal life at every level, from self-care to relationships, which also makes us vulnerable to mental health issues. An interesting aspect of this problem is that women are more prone to this imbalance as they are still more often judged on how well they combine the professional and private sides of their life.

How can you maintain a healthy work-life balance? First and foremost, you must learn to say no, and don’t brush away the feeling when the workload is more than enough. While one busy day might be inspiring and stimulating, the overwhelming amount of assignments only has negative effects in the long run. It also helps if you prioritise your work, starting with the most immediate task, and not allow yourself to get lost in time-consuming duties. It’s also helpful to take at least one longer proper break from your desk: make the most of your lunch break and leave the office for lunch – even a short walk can help you to reduce stress, switch off your thoughts, and move around a bit; this way, you can pump up your concentration level for the afternoon. If you have to take your work home, be sure that your “home office” is clearly isolated from your personal life, either by simply switching off your laptop or mobile device or by using a desk or even a room that can be physically separated from your living environment. Finally – and most importantly – take care of yourself, be aware of the signs when you have to slow down, do some sport or find a hobby that eases your mind, and keep your personal relationships alive so your loved ones can help you survive the toughest days.

As a manager, the most you can do is to be as open about mental health as you can. You should regularly assess the work environment and performance to see whether there are any factors that negatively influence your employees. You should also be available if your colleagues contact you about their workplace difficulties. There is training to spot stress and poor work-life balance and to give immediate help to your co-worker. While it’s practically impossible to create a stress-free work environment, it’s still possible to promote techniques that encourage stress reduction and a positive atmosphere, e.g. proper lunch breaks, smart prioritisation, or counselling opportunities. Last, but not at all least, self-awareness is important for a manager too, as a stressed-out leader can undermine the ambition and spirit of the employees.

To maintain a proper work-life relationship is a serious challenge that not only influences our work performance but also our private life. Even just providing an open and knowledgeable attitude you can ease some of the work-related stress and anxiety. Nevertheless, if you feel you’re not able to find a way out of your dissatisfaction, don’t be afraid or ashamed to ask for help. 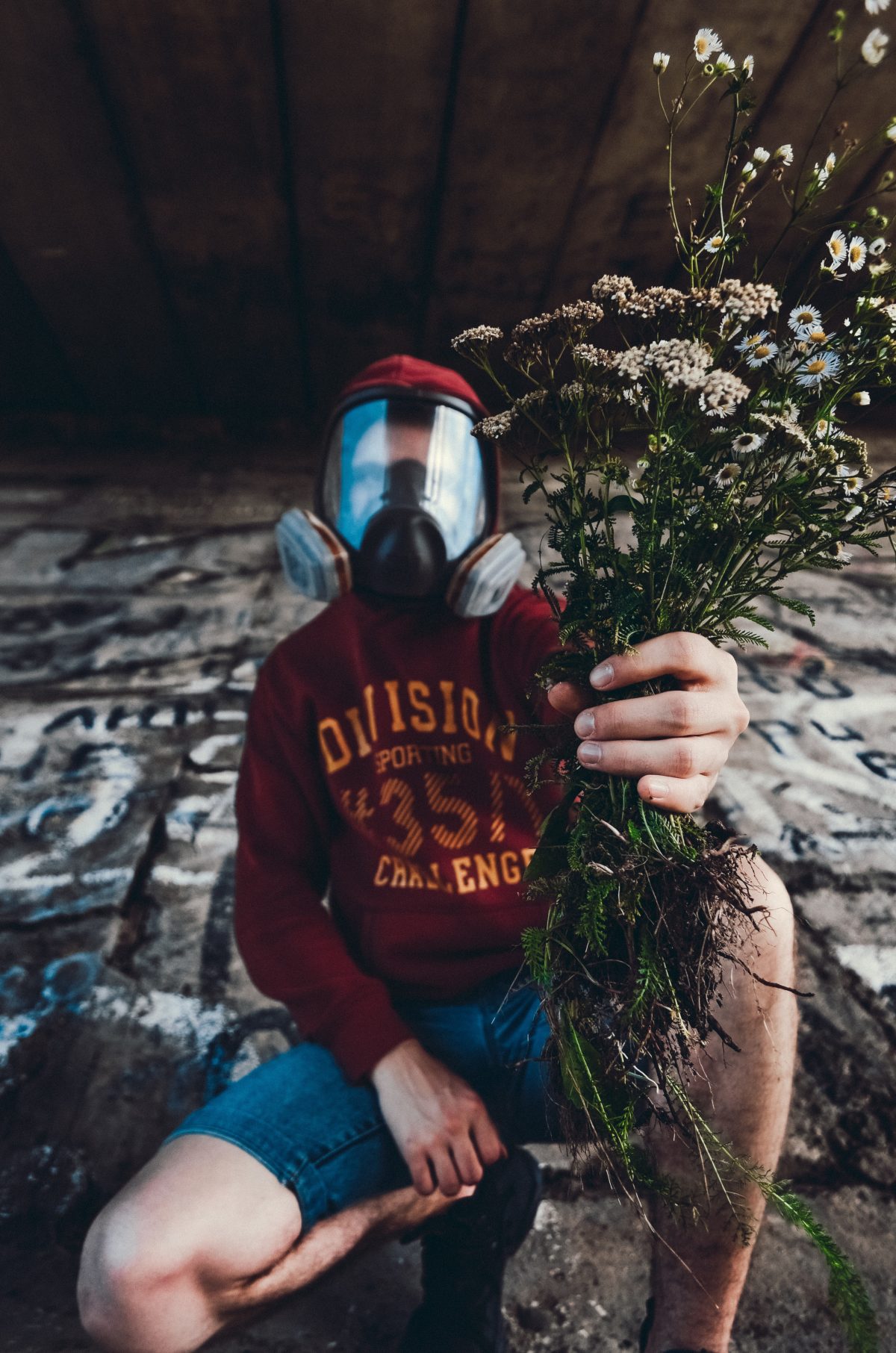 On 8 April 2019, the City of London introduced a new scheme to fight toxic air pollution. The Ultra Low Emission Zone (ULEZ) requires older and more polluting vehicles entering Central London to pay a daily charge, in addition to the existing congestion charge in the same area. The ULEZ is the first of its kind to require 24/7 compliance and it is the only scheme to completely ban pre-2015 diesel vehicles.

Unfortunately, since the introduction of the Congestion Charge Zone in 2003, neither the air quality nor the traffic situation in London has improved enough to prevent a public health emergency. Studies showed the pollution (nitrogen-dioxide and particulate matter) is constantly above the safety limits, having the worst effects in the deprived parts of London and on young children. All that data prompted the city to take action and introduce a much radical scheme.

Transport for London expects that, with ULEZ, about 45% of the toxic emission will be gone by 2021 and, by 2025, the city’s air quality will be within the legal limits. In a public consultation called together by Mayor Sadiq Khan last year, about 60% of the participants were in favour of the scheme. Furthermore, environmental activists and parents, in general, welcome the strict rules. However, there are also protests from small business owners who think the new charge is the straw that breaks the camel’s back – thus puts them out of business.

According to data from the first week of operation, about 30% of the vehicles entering the ultra-low emission zone were not compliant and had to pay the charge. In the running up to the ULEZ, already 27,000 non-compliant cars have been taken out of traffic, according to City Hall figures.

Other data shows the new scheme got people thinking about alternatives: the online car comparison site Carwow registered a 25% increase in searches for plug-in hybrids and a 14% increase in quotes for electric cars in April.

More interestingly, many residents of the bordering area have found a business opportunity in ULEZ. YourParkingSpace said there was a 34% increase in registrations of driveways for rent to those willing to avoid the new charge. But current plans of the City Hall indicate this way of money-making might only be temporary. In 2021, the ULEZ will be extended to the area between the North and South circular zones, to further expand the effect of air cleaning measures.

London is certainly not the only city trying to fight air pollution and looking at (diesel) cars for the solution. Cities around the globe are starting to take mild to drastic measures to protect their residents. Amsterdam was the latest to announce it would completely ban non-electric cars by 2030, while Oslo and Madrid both have “zero zones” in their city centres, with the latter priding itself with 40% NO2 reduction within half year. Whatever path cities are following, experts agree on the ultimate goal: zero emissions.