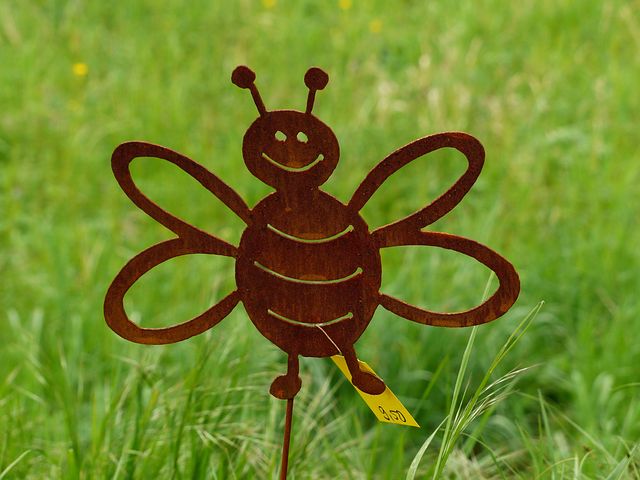 “If the bee disappeared off the surface of the globe then man would only have four years of life left.”

This well-known quotation, attributed – most probably incorrectly – to Albert Einstein, paints a dire vision for our future. Since at least some of the crops we consume are wind pollinated, mass extinction of the human race is not likely even if bees disappeared entirely; however, it would definitely result in wide-scale starvation on a scale never seen before. So the threat is real as bees play a huge role in pollinating plants. In this blog entry, we will look at the causes for the decline in bee populations and what you can do against it.

One of the main culprits for the decline of the bee population – and the insect population in general – is the excessive and intensive agricultural techniques that irreversibly transform the natural habitat. The introduction of monocultures and non-native species destroy the natural harmony of an area, while the uncontrolled and untenable use of pesticides places a heavy chemical burden on flora and fauna. This is aggravated by the effects of climate change: new parasites appear and decimate the native population, while the environmental impact can even affect the orientation sense and rhythm of life of bees.

There are, however, some simple steps you can take in order to save bees. One of the most obvious solutions is to plant small gardens. While the best option would be to plant flowers and trees together, even a small strip of land or a flower box on your balcony will do. You just have to remember a couple of things: at least part of your garden should be in bloom from early spring to late autumn; choose simple herbs and flowers instead of highly cultivated ones; and plant flowers in patches so that bees can focus on one flower type at a time. You can add a small bee bath to your garden as well – just put some pebbles and stones in a shallow bowl and pour some water around it so they will have access to drinking water and a resting place. If you find it necessary to use pesticides, always use them carefully, following the instructions on the package to minimise their negative effects. You should leave a small area undisturbed in your garden where bees can take up residence: while we mostly associate bees with honeybees which live in hives, there are many bee species which lead a solitary life. You can also buy or make “bee condos” for the same reason. And, finally, as with any social or environmental issue, you can become an advocate. Support local beekeepers, support programmes focusing on tree planting and gardening, and be more aware of your environment and how you inhabit it.

While we are still not in a position to assess the long-lasting effects of climate change and over-industrialisation, the worst-case scenario for a dramatic decline in the bee population is quite straightforward: the lack of pollination would result in worldwide starvation with a catastrophic impact on the planet’s ecosystem. So it is increasingly important to take measures against this outcome and, as the few tips listed above show, it does not take much to actively safeguard the bee population. 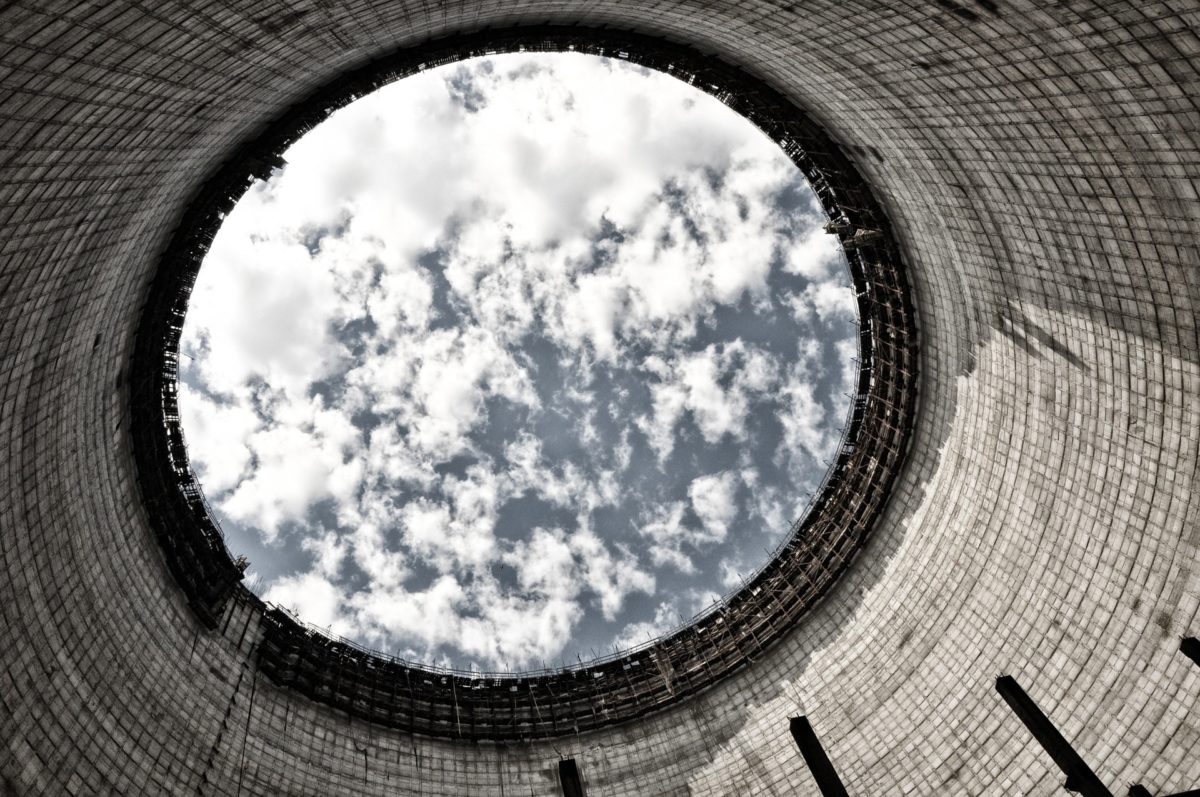 What is a thrilling drama for the Western world, is still a code word for Soviet horror for the successor states in the East. How does a TV-series about Chernobyl manage to equally excite the most diverse audiences and shape public opinion?

I was a second grader at a suburban school in Hungary when a part of the nuclear plant in Chernobyl exploded, on April 26, 1986. For me, that day was nothing special. Nor the weeks immediately following it. While the Financial Times reported about the major disaster a few days after, the news broke in the then Soviet ally states much, much later.

This is how things worked at the time. We knew what “they” wanted us to know, all else could, at any point, be considered rumour. Still, in the summer of 1986, adults were quietly but frequently mulling over “possible polluted” vegetables. A bit later, I overheard conversations about unborn babies because of… “Hush!” Many things have only become clear while writing this post.

Most of the large-scale disasters from the nearest past of humanity have been processed to feature films already. Except for one. Until a screenplay writer, Craig Mazin, decided to explore topics for a new series addressing the “global war on truth.” He ended up crafting a television series about the disaster in Chernobyl, and HBO and Sky signed up for it.

Already the first shows have proved them right. For some, it was the human heroism and tragedy. For others, it is the historically accurate representation of an era. It also certainly helped that the affected generation is still alive: hundreds of survivors told their (and the victims’) stories in thousands of feature articles, news pieces, videos, accompanied by the shocking photos of the past and current landscapes of the area.

This recent realm of proofs has made many realize the scale of the tragedy. And many need tangible proof. Disaster tourism is in full bloom, with about 30% more bookings to the site and the area than a year before. Around 300,000 photos are tagged #chernobyl on Instagram. The Lithuanian city of Vilnius uses the main shooting site for the series in its touristic campaigns.

But have either the tourists or the rest of the world drawn any lessons out of the nuclear disaster? For the energy industry, the lessons were instantly clear: the nuclear plants of today meet the highest security standards and protocols are in place to minimize the chance of human error. The debate over the use and misuse of nuclear power is constantly on the agenda.

For the wider public, there are more abstract lessons as well. Concealing errors, creating the illusion of perfection and collective lies, sacrificing human life in masses to save a few – these phenomena are not gone with the Soviet Union. Our duty is to learn how to resist and protest them and call the attention of others to do the same.

It is important to not only look in the direction of Chernobyl searching for the truth. Instead, let us take a full 360-degree turn around and then inwards. Neither we nor the generation that follows will regret it. 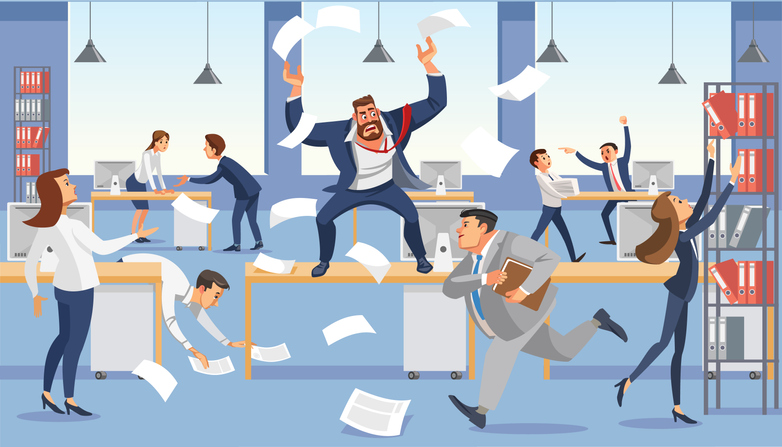 Chemicals is one of the main fields in which Eurideas specialises. We translate and edit chemical documents daily, including safety data sheets (SDS), Exposure Scenarios, official certificates and summaries of product characteristics, aka SPCs (see here for a previous blog post about general aspects of translating SPCs).

Sometimes we translate SPCs from scratch. In other cases, we update previous translations. We can manage all such tasks in the .xml format of the SPC Editor! We’ve devised a highly efficient method for situations in which our clients have a tight schedule for submitting the language versions of long SPCs or need to update an SPC based on the Commission’s feedback. It might sound daunting – especially if the text needs to be translated into several languages – but Eurideas is up for the challenge!

Let’s take a look at how we can translate SPCs into as many as 25 languages in 5 days!

Generally, we ask our partners to send us the final translatable document. There are cases however, when it’s better to receive the draft version first! If, for instance, a document containing several thousand words needs to be translated into all the official languages of the EU, plus Norwegian and Icelandic (i.e. a total of 25 languages), the translation process takes several days. But what if we have only 5 days for the task?

If the translations are required to be submitted within 5 days of the Commission’s approval of the English version of the SPC, a flexible and creative working method is called for. Translating in two stages can be advantageous here: our translators can take their time working on the draft version; then once the final version has been approved by the EC, they can update the translations within a few days. The bulk of the work takes place in the first stage. Both the translators and our quality assurance team have enough time at their disposal. Of course, planning is key here – we need to know in advance when we can start updating the translations of the first draft and make sure that our team of linguists is available. Thanks to a tailor-made translation process and going the extra mile, a seemingly impossible deadline can be met.

Of course, we may need to translate the final version within 5 working days, with no time to translate the draft first and then update it after it has been approved by the Commission. That is also feasible if the SPC is not too long and we know about the job in advance. However, that method of translating the SPC puts all participants in the translation process under some stress, which might be a potential source of errors (which naturally we all want to avoid).

It’s important to note that we can save time and be more cost-effective if we’ve already built a translation memory for our partner that we can use for the new translation or update. It’s therefore worth thinking long-term and assigning all translation and updating work to the translation agency that can handle your projects most efficiently.

A solution that works well for SPCs can work for other types of documents too. Similar customised workflows can be developed for other projects. No matter how long the text or how short the deadline, it’s always worth asking us if we can get the job done.

Get a first-hand experience on how our language services can contribute to your success! Get in touch with us for a quote if you need translation or any relevant services.

To stay updated with our latest SPECIAL OFFERS and to receive our regular newsletter, please subscribe here.