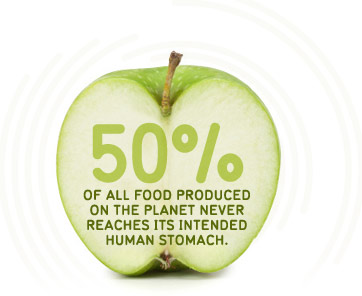 How did we get from the post-war scarce food resources to dumping one-third of the production a year? The first world is wasted right now but is there a chance to make it better? Can we keep living a good life and still not lose so much?

According to United Nations estimates, about 1.3 billion tons, one-third of the total produced globally ends up in the trash. Do you know what’s even more shocking? That I am (and you are, too) responsible for more than 100 kilograms of food waste a year, while third-world citizens only throw away 6-11 kg.

Our carelessness is a result of both producing and buying more than necessary, as we mostly eliminated non-intentional waste during harvest, processing, and distribution. It doesn’t help that agricultural producers and retailers know we don’t like “ugly” veggies and expired dairy. Summer makes food go bad sooner and safety hysteria even worse – some of us already wonder if is it necessary though?

Luckily, many organizations have already taken action. All along the food value chain, there are relevant initiatives that aim to tackle the problem of food waste and offer solutions for it.

Volunteers revive the tradition of gleaning, so collect produce that’s left on the site after harvest. They also collaborate with food banks for distribution.

Grocery stores are motivated by expensive waste management to support unsparing shopping. Supermarket chains like Rewe in Germany or Walmart in the US have long been donating to food banks.

Many stores collaborate with food-saving startups such as Olio from England, Instock from the Netherlands, Wasteless from Israel or Karma from Sweden for redistributing or merely cooking the leftovers. Others, like Tesco in the UK, is removing ‘best before’ labels claiming it makes its clients throw away still edible food.

Apps to the rescue

Nevertheless, the key to reducing waste even more is to change our behaviour. Luckily, hundreds of smart apps are available to support us in this mission. Here’s what you can do to reduce food waste:

Deep in our hearts, many of us know it’s not right to abuse the privilege of always having food on the table. Now let’s go for zero-waste shopping and cooking a meal to be shared! 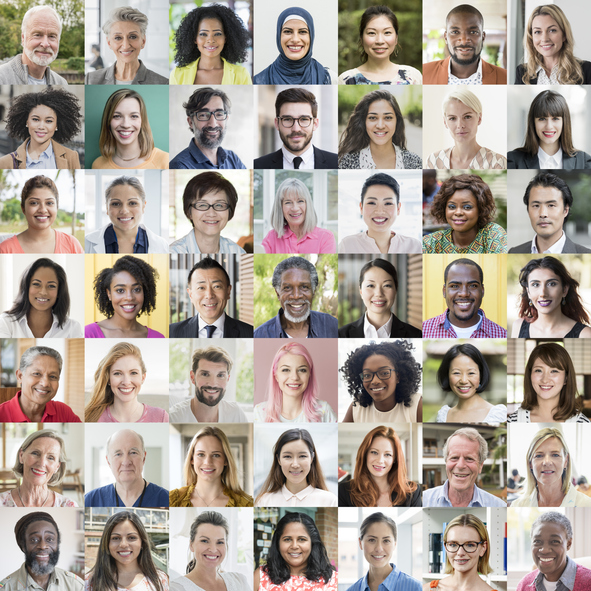 June is Pride Month, and this year we happened to have the chance to work on an interesting and appropriate project: we translated a survey on transgender identity. Translation of a survey itself requires special care, technical skills and linguistic awareness, and this is especially so when dealing with such a sensitive topic. So what is so challenging about surveys and questionnaires?

Usually an online survey is written in HTML, where placeholders and other non-translatable units abound, and the file is exported to an .xls format. The preparation of such files can be time-consuming and requires some knowledge of coding and HTML itself. With cutting-edge software technologies and an experienced team this is not a problem for us. As always, it is essential to ask the client for detailed instructions about non-translatable items (e.g. abbreviations, programme titles, organisation names), character limits and the context in which the survey will be published.

Surveys and questionnaires have a relatively well-defined structure, and the linguistic differences are also more striking and immediate than in the case of a general text. Grammatical gender, for instance, especially in Romance languages, such as French or Spanish, can pose a dilemma for translators, as the gender of the noun actively affects other elements of a given noun phrase. This can result in unusual solutions – for example, in the case of shorter answers where the translation follows a linguistic structure different from English, and translators sometimes have no other option but to use four forms (sing. masc./sing. fem./plur. masc./plur. fem.) of a word or expression. When the target audience and the subject of the survey is the LGBTQ+ community – whose grammatical gender representation is part of an ongoing social debate – this requires greater care on the part of the entire translation team.

In surveys even repetitions do not work the same way. Responses in rating scales (e.g. Good/Fair/Poor) can be translated one way in one context and another way in another context, depending on the question.

Numbers replaced with placeholders can also pose added complications. In some languages, like Polish, the number itself can modify the gender and the number of the noun phrase which means, again, that several forms of the same noun have to be included.

At the same time, questions discussing present/previous experiences of the respondent often need to be completely rephrased when a grammatical tense simply does not exist in the target language.

In English, you is a general pronoun, but in many languages, there is an informal (tutoiement) and formal (vouvoiement) way of addressing others. Another problem to deal with. This is where background documents (screenshots or additional information) can help the translator, while taking the target audience into consideration, and communication with the client can also provide further reference points to ensure an accurate translation.

To sum up, survey translations provide a platform for us to show our technical and linguistic expertise and ability while requiring flexibility and creativity in translation. The management of such projects is time-consuming and complex: it needs an experienced and proactive team and continuous communication with the client. If your translator does not ask questions, it’s time to get suspicious!

Get a first-hand experience on how our language services can contribute to your success! Get in touch with us for a quote if you need translation or any relevant services.

To stay updated with our latest SPECIAL OFFERS and to receive our regular newsletter, please subscribe here. 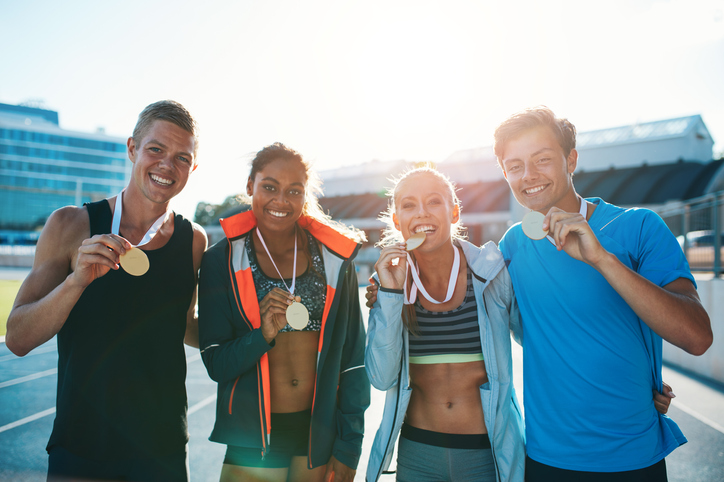 For some of us, the relationship between professional sport and the translation industry can be summarised in one scene: after the event, when the player/driver/coach discusses how good or bad the match was and how grateful they are for their supporters, there is an interpreter who interprets these stock sentences, often using consecutive interpretation. However, the world of professional sport is an international environment, and we tend to forget about its complexity concerning language use and linguistic challenges. In this blog entry, we will take a look at some of its more complicated issues.

First of all, professional sport is a diverse undertaking. Players from different nations play in the same team (and not just at club level; sometimes national teams have members who are naturalised citizens). While English as a lingua franca can be used in an everyday situation, language barriers can have a negative effect on the performance and unity of the team. That is where an interpreter can help to bridge the linguistic and cultural gap and create a more inclusive and accepting environment.

In addition, sports translation is just as complex on a technical level as, for example, legal or medical translations. Each and every kind of sport has its own terminology, and often the same term describes different circumstances in different sports (e.g. the situation described by the term offside in many sports). Furthermore, there are sports-related cultural differences as well. One of the best known differences is the word football which has quite different connotations in Europe and in the United States, while sports that are popular in a given geographical area (e.g. cricket in Commonwealth nations or baseball on the American continent) can also complicate a translation or an interpretation assignment.

Finally, in the international world of professional sport, diplomacy is just as important as performance. Huge organisations govern the rules and regulations of the sport and organise international events, and while these organisations often use one or several official languages (for example, French in the IOC or English, French, Spanish and German in FIFA), the largest organisations actually have their own language services department in order to handle the enormous volume of translation and interpretation required. The work does not only cover translating and editing publications, but also entails legal, medical, chemical, financial and creative translations; in many cases, separate text types appear in the same document, so linguists need expertise in different areas, and they often have to juggle short deadlines, too. And the sheer amount of work is extraordinary: FIFA, for example, translates around three million words a year per language.

Even this brief look at the topic shows that linguistic services play a far larger role in the world of professional sport than we might assume. It facilitates communication, promotes accessibility and encourages the feeling of togetherness, which is what sport is really about. Despite their background roles, interpretation and translation are indispensable in the international and multicultural environment of professional sport. 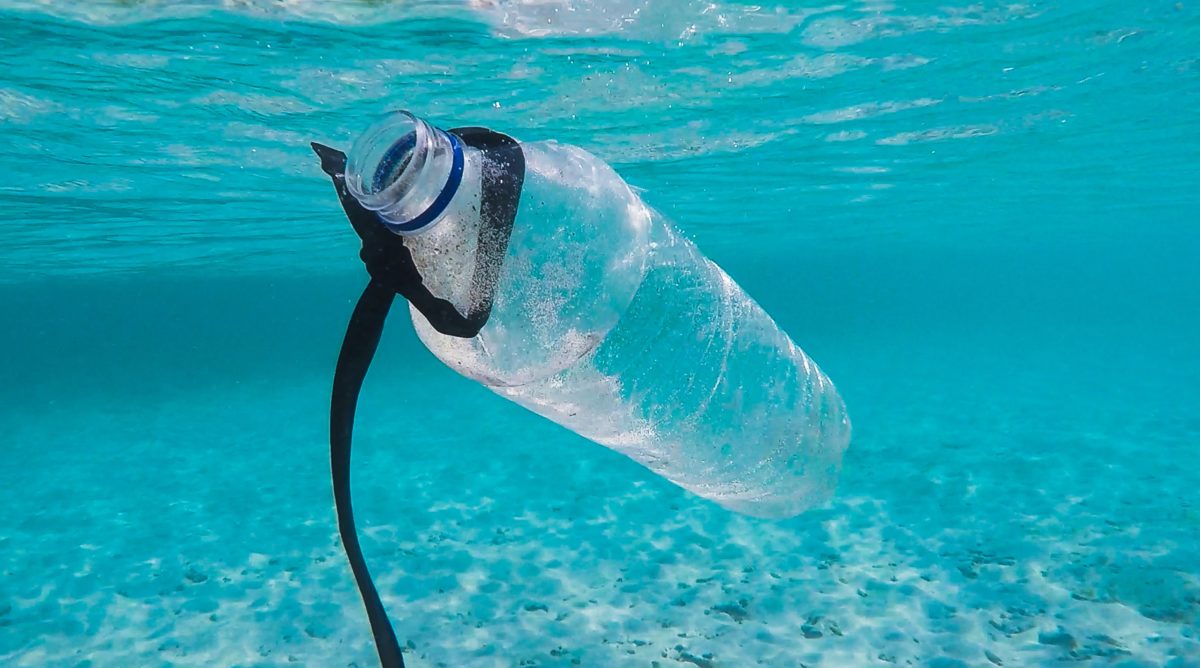 Plastic is the new enemy: the effects of its waste is making headlines every day. If you are lucky enough to be in the first world, you might start thinking about reducing your contribution to this global crisis.

The first time my conscience started crying was also the first time when I couldn’t fit my empty mineral water bottles in the recycle bin. It can’t be the right solution, I thought, and soon after switched to a soda machine that I have been using ever since. But nature and our own well-being are asking us more reductions, and there are already alternatives available to ease the pain for all.

No to plastic bottles

The use of plastic bottles is so widespread that it’s obvious we have to do something about it. A complete or partial ban on selling such containers is one of the options used by municipalities all over the world. Others try to find new ways of packaging liquids that do less harm to the environment. In London, March marathon runners got to participate in the largest trial of a new way of hydration. Capsules of seaweed containing sports drink were handed out to participants who could drink and eat the container and, thus, produce no waste whatsoever. Other significant events are following suit in plastic reduction: the Wimbledon tennis tournament introduces a 100% recycled water bottle and refill stations, and Glastonbury festival bans single-use plastic while also rocking a new stage made entirely of recycled plastic waste.

The global consumption of about 500 billion single-use plastic bags yearly is like a feature from an eco-horror movie so another favorite target for radical reducing action. Food packaging is also a field where startups pop up and try to offer a viable alternative. Mostly, this alternative is a biodegradable, compostable material that won’t take hundreds of years to disintegrate and not even the smallest chunks of it can cause further problems. Polish MakeGrowLab, for example, makes the packaging out of agricultural waste and claims to be as flexible and water resistant as plastic but it can also be eaten when not used anymore. Potato starches, seeds, and nanosheets of synthetic clay are also investigated as packaging materials that are easier to compost or recycle. Tropical regions have a more accessible and cheaper solution: a Thailand supermarket, Rimping, has already secured itself world fame by using banana leaves as vegetable packaging – just as in the good old markets.

What’s even better than reusable, recyclable or eatable packaging? Of course, no packaging at all! It might seem like a time travel back to the Middle Ages, but only at first. Small packaging-free shops are not rare in cities already, and now we are seeing some more prominent players join the movement, too. UK stores like Morrison’s, Sainsbury’s, Waitrose, and Tesco are experimenting with packaging-free sales of fresh produce, dry food, and hundreds of other products. Drogerie Markt has put their two cents in by offering package-free liquid cleaning material in their stores in Prague, in the Czech Republic. And if a healthy Earth is not a strong enough motivator, customers can get eco-items 10-20% cheaper as usual. Going green is a bargain!