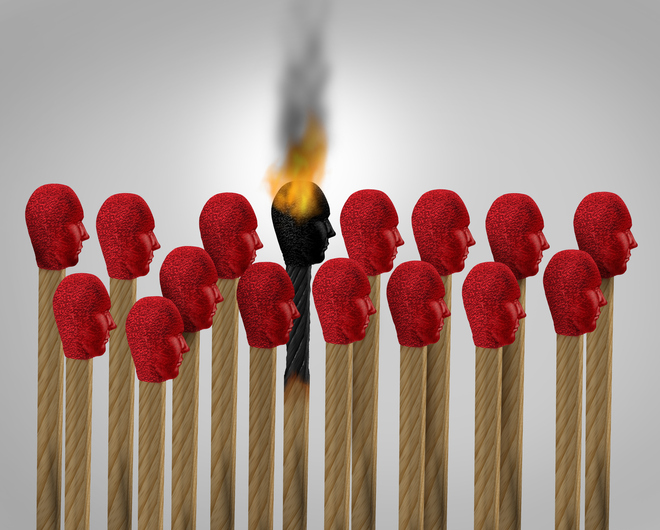 Our civilisation has reached a point where it makes just as many people ill mentally as it makes well physically. However, being aware of that is already part of the solution. Let’s see how we can escape from the trap of a burnout or midlife crisis!

My grandparents’ generation had a strange affection for gardening. An activity they didn’t need to do anymore, yet they did it. I often wonder whether they were already fighting this modern epidemic by wielding a hoe to relieve stress. Because, as far as I can recall, sources of stress were emerging everywhere, but especially in ever-more-demanding jobs. As early as the 1970s, it was declared that civilisation diseases actually exist, and they mostly take a toll on people’s mental health. As a young adult, I took it for granted that life was like that, and there was no way to escape it.

Who isn’t tired, after all, or fed up with their life as it is now? If you are around 40-50, you may find both things hit you all at once. Now I don’t know about you, but I’d like to be prepared if that’s the case. So I did a little research on the red flags for mental health.

It turns out burnout is somewhat easier to identify, since in 2019 WHO officially announced it was an “occupational phenomenon” caused by chronic workplace stress and manifesting itself as exhaustion, cynicism about the job, and decreasing performance as a result.

The midlife crisis, a condition we have known about since the 1960s, unfortunately doesn’t have such clearly defined diagnostic criteria. There is a running joke about grey-haired men chasing young girls around in a red Porsche, but the reality is more complicated. Some people completely close up in denial. Others try to face their strange new thoughts only to find doubt, insecurity, apathy, and a confusing picture of the future.

Yet in order to begin to heal, we do have to face those thoughts — and not look for a magic pill to make it all go away. Any long-term solution will involve the trinity of self-care: admit your problem, ask for help, and stick to your healing plan. Such a strategy, usually consisting of prioritising your best interests, and also saying no more often, getting some exercise, and being more mindful, can also be used as prevention. Besides general advice, both conditions have their specific healing tools. For burnout, it can be that extra rest so you have a clear mind to make the right decisions for your mental health. For navigating a midlife crisis, it can be a change of perspective and setting new personal and professional goals.

We can’t turn the clock back, but we can be aware of these mental traps, dig deeper, and find new perspectives. We can be the crisis managers of our own lives and repair the damage civilisation causes – at least the damage we are aware of so far. 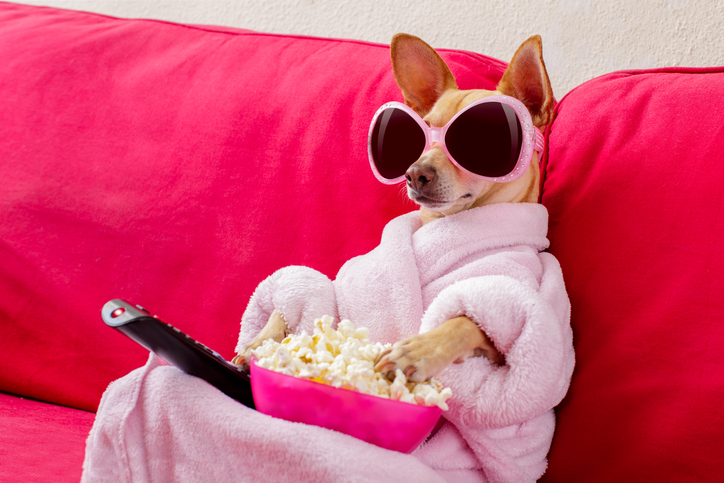 There are so many ways we can talk about TV. Lately, I have found myself between two extremes: those who see the small screen as being evil and ditch it for good and those who are glued to it as if it’s going out of style.

I belong to neither of these groups, but to those who cut the cable long ago and plugged into streaming services, YouTube, or watch TV-shows online, on demand. To me, this means regaining control over my content consumption (but still with fair share of annoying advertising). But I admit that the risks and consequences of excessive use are still there. Together with the decreasing ability to enjoy other forms of entertainment and focus on one thing at a time.

These are some of the arguments of the radicals who have quit watching screens altogether. And are making a trend of it, supported by studies associating excessive television viewing with a lower IQ and adverse health effects. But I think they are going too far in making a Zero TV home a synonym for higher intelligence and good parenting.

For sure, gone are the days of limited air times leaving space for other activities, and families and friends bonding over TV is a rare commodity indeed. Today’s TV, as I hear and sometimes see at other people’s homes, is a medium full of mindless realities, self-made celebrities, and adverts for medicines.

That’s not exactly progressive and it certainly doesn’t resonate with highly educated, urban societies, where people are more interested in the latest yoga trends, healthy eating, travel, and intellectual self-development. Oh, and binge-watching series, of course, strictly on demand.

Even from this perspective, there are still good things about TV. Channels like Arte, which I mostly watch online, also broadcast excellent documentaries to homes with a cable connection. It helps those with a TV learn about the world as it is today: a diverse place and becoming even more so.

Every day people like me go to live in another country and try to learn about that specific part of the world where they have just arrived. I remember being thankful for television as an easily accessible device that delivers not only the local language but also a general impression of a culture I didn’t grow up in.

And as a special treat: hyperlocal channels, where I could soon recognize familiar places of the city and get useful information on local businesses and events. A genuinely welcoming feeling! What’s more, TV helps fight loneliness and provides some triggers for laughter – a vital element in preserving our mental health. So see no evil in TV but handle it with the same consciousness you apply when planning your meals for the week or your exercise programme. It is a device to keep all lines of communication open. Note to self: an argument to consider when next moving house or decorating the living room.